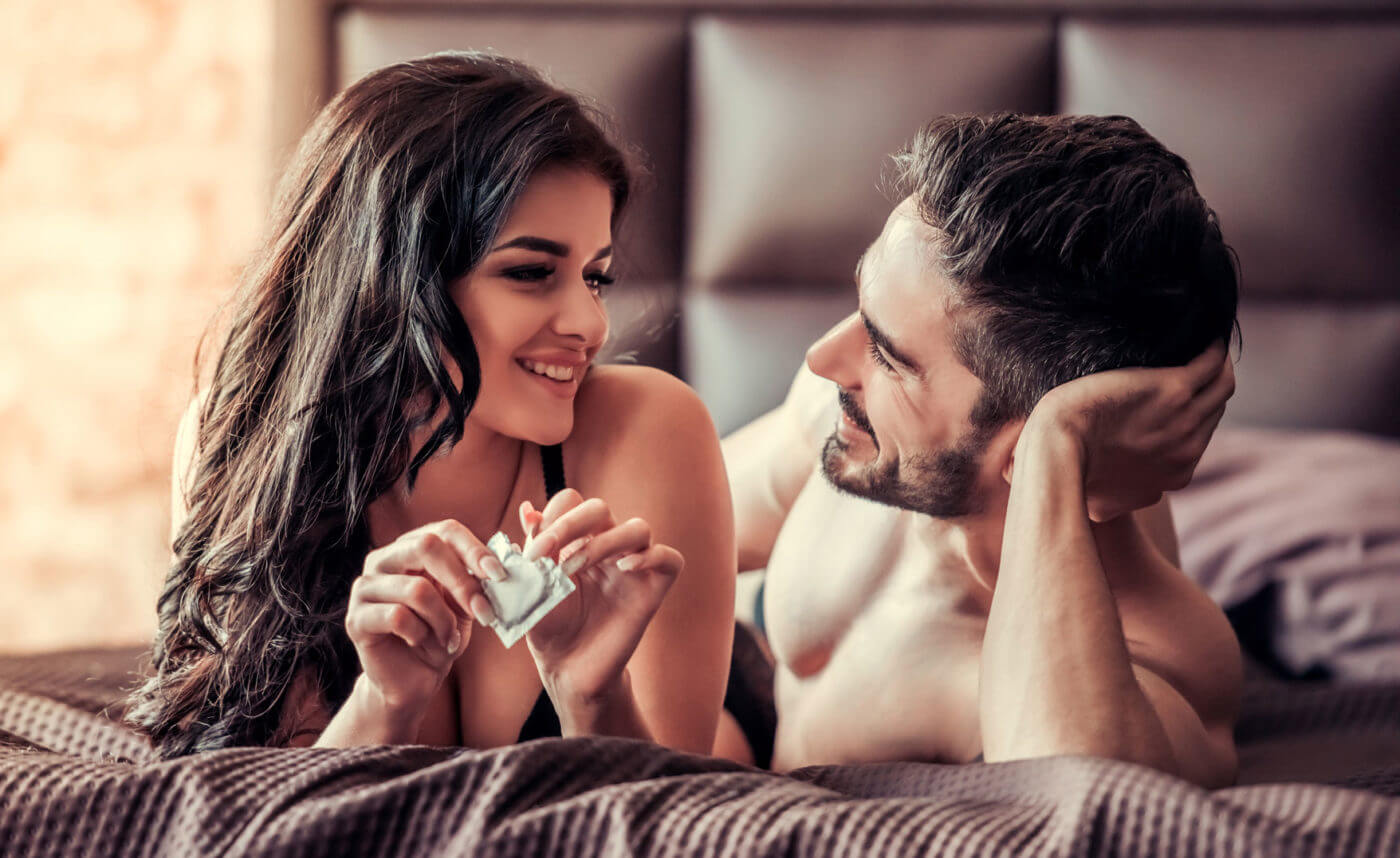 Birth Control is sexy for both Men and Women!

In the simplest of terms, birth control through contraceptive methods aims to prevent pregnancy. All forms of birth control (when used correctly that is!) prevent the sperm from reaching and fertilizing an egg, thus preventing pregnancy. Contraception helps you and your partner decide when you want to have kids. It is a decision that should be thought through properly as it impacts your educational ambitions, your finances, your freedom and many other elements of your life.

There are many methods available, and you can choose any depending on which one suits you. The most common types of contraception are listed below:

Condoms: Ah, the good old condom! They create a barrier that stops a man’s sperm from entering the vagina. The more popular type is a male condom, which can be rolled over an erect penis before having sex. It is made up of thin latex and comes in a variety of flavors and textures. A woman’s condom is inserted inside the vagina. It consists of a soft, loose-fitting pouch with a ring on each end. Condoms are the only contraception type that protects against STIs.

IUD: An Intrauterine device (IUD) is a long-term reversible type of contraception which is inserted into the uterus. There are 2 types namely, copper IUD and hormonal IUD. It is considered to be the most effective reversible birth control. You need to consult a doctor to get it inserted. The process is simple and doesn’t take much time. However, there is a possibility that the device partially or fully slips out of the womb or pushes through the walls of the uterus and damage your internal organs. Hence, it is advisable to follow up with the doctor and check if everything is okay! IUDs can be used for years at a time and can be used directly after giving birth. Moreover, if you plan to get pregnant, just get the IUD removed and you’re ready! They are a safe option but they do not protect you from STIs/STDs.

Tubectomy: It is for females and here, the tubes through which the egg moves are closed or blocked and since the egg can’t meet the sperm, fertilization doesn’t occur. A small cut is made near the belly and once the tubes are found, they are closed by a second cut. Another way is by blocking the tubes using clips or by removing a short section. It’s also a quick and effective method. It can also be reversed by simply reconnecting the blocked tubes with the remainder of the tubes. It is an effective and convenient method. However, it doesn’t protect you or your partner against STDs.

Injectable contraceptive: Depot-medroxy progesterone acetate (DMPA) also known as Depo-Provera is the most common form of injectable contraceptive in India. It is given in a dose of 150 mg intramuscularly every 3 months. After excluding pregnancy, it can be started at any time of the menstrual cycle preferably within the first five days. It can also be started as early as 6 weeks after childbirth. It is also super effective, can be used for long term, and is reversible. However, it doesn’t protect you against STIs/STDs.

Oral Contraceptive Pill: Abbreviated as OCP, it is one of 2 types depending on the hormone present: combined pill (having estrogen and progestin) and mini pill (having progestin-only). It is commonly called ‘the pill.’ A combined pill stops you from producing an egg and makes the mucus around the cervix thicker preventing the sperm from getting through. Mini pill mostly works by thickening the mucus. Depending on the dose, it can also stop you from producing an egg. The pills are to be taken at the same time every day. If you miss, take the next ASAP. It is an effective method with the only condition that it has to be taken regularly. Once you decide to get pregnant, discontinue taking it and that’s about it! And remember, it doesn’t protect you against STDs so a condom is a must.

Emergency pill: As the name suggests, it is to be taken only during emergencies that is, after unprotected sex. It is to be taken within 72 hours, although within 24 hours is advisable – it will not be effective if taken beyond the 72-hour window so the sooner the better! It delays ovulation preventing the sperm to meet the egg. It also prevents pregnancy by preventing a fertilized egg from attaching to the wall of the uterus or by blocking fertilization. If you’re already pregnant, it won’t be of any help. Make sure you take EPs only during emergencies and not as a regular option. Another important thing, EPs do not protect you from sexually transmitted infections (STIs). So, if you think you had a risky unprotected sex, make sure you get yourself tested ASAP.

Natural methods: There are natural ways to avoid pregnancy as well. However, they are far less reliable than the methods mentioned above. One method is to track the days on which you are ovulating and avoid having sex on the most fertile days. The pull-out method is also a popular choice but is highly unreliable and also puts you and your partner in the path of STIs. It is advisable to go for the above contraception methods and not rely on natural methods.

All the contraception methods come with their pros and cons. It is advisable to talk to your partner or consult a doctor before going for anyone of them. An open and honest discussion is what you require before choosing. Remember, only condoms protect you and your partner from STIs. The other methods do not. So make sure that you use a condom every time you have sex.